Government is Violence: How Good Intentions Lead to Bad Things

There is a large proportion of the population that believes in a sort of government conspiracy. People assume that, since high level officials are benefiting disproportionately from the system, they are creating an intentional oppressive organization to provide them with that benefit. While I don’t rule out the possibility of small numbers of them intentionally controlling what they can for their own benefit, I believe the vast majority of government violence doesn’t come from planned benefits. High school is one of the places that I began to understand this, even if I couldn’t put together all of the pieces.

Public school teachers tend to claim a nobility to their profession. They believe that they’re benefiting the world in some greater way than, for example, a garbage man. Many are not shy about sharing this belief with the people around them. I saw the difference between teachers that have this belief and the teachers that don’t throughout high school. Some teachers came in expecting the students to provide them with respect. Those teachers tended to be the ones that would receive the least respect. Other teachers came in trying to pull the students in without any direct form of authority. In most cases, teachers were more successful that way but very few teachers were dedicated to that.

None of the teachers (at least the vast majority) went into teaching to control students. I’d go as far as to say that all the teachers I’ve had went into the business to help students learn. Perhaps they liked the benefits, but I’m sure they didn’t intend to make children suffer. Yet, the vast majority of them put rules and authority ahead of learning. Quite frankly, I didn’t learn too much through high school. I survived for one reason only: I was good at following directions. I did what I was told.

For example, if I asked a cop which was more noble, a credit card company clearing the stolen debt of a person that suffered identity theft or a cop arresting the person that stole the identity? The cop tends to favor their own contribution more than the other people’s. That’s not unusual, even in the free market but it does tend to be more common of public employees. The problem goes up to every level of government interaction.

The Nobility Of The Flag

People are more willing to kill for their country than they’re willing to kill for themselves. War, as is, is a very odd situation from a logical perspective. People are generally willing to go to war saying that they’re fighting for freedom or some other obscure concept with little actual relevance but very few people want to kill for a direct benefit (even if government punishments weren’t involved.) People understand how horrible killing another person is, until you give it this boost of nobility.

There might be some logical benefits but ultimately, the cost is significantly greater for the vast majority of individuals involved. 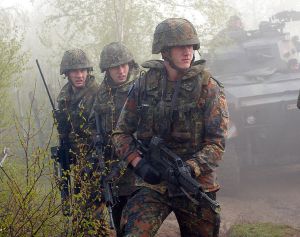 If government is violence then you can’t use government to stop violence. In fact, the use of government is just the continued use of violence. It’s kind of like saying you want to improve your health by replacing your cigarettes with chewing tobacco. Yes, a change may be taking place but the results aren’t anywhere in the direction of the goal.

When You Do “Good” Through Government

Every good action completed by the government is instantly balanced out by the bad of using violence as the means to achieve it. Sure, maybe it’s good that we stopped someone from being murdered but if we murder someone to do it then it really doesn’t matter all that much, from a evolutionary perspective at least. Even if we don’t kill with government, if the prevention of one murder requires 10 cents from every tax payer then millions of dollars will be stolen. What would have happened if those millions of dollars were in the market? Would that lead to a cure to cancer? What about the prevention of a future murder? It’s impossible to know because these costs will always be completely invisible.

There is nothing being created with a creation of government exception the change in mentality that allows one to benefit immensely from the harm of others and feel no gratitude.

Weak Government: A Prescription For Growth »
« What Are The Best Liberty Quotes Around? Add Your Favorite

One thought on “Government is Violence: How Good Intentions Lead to Bad Things”