Why Should I Pay Taxes? 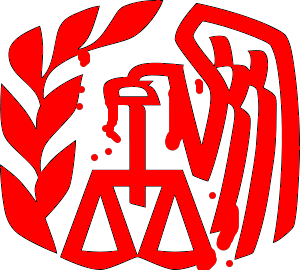 For the average person, paying taxes is a practical dilemma. In the United States, the IRS has done a great job of creating one of the most incomprehensible tax codes in the world. As a person becomes more and more aware of government actions, paying taxes often becomes a bit of a moral dilemma instead.

Governments don’t make money. The only way that government can use money is through taxation (direct or indirect.) As you watch the news and hear about missiles being dropped on a Yemen wedding, or federal agents breaking another constitutional amendment. That is your money being spent on it. None of this would have happened if the majority of people stood up and decided not to pay their taxes for it. That can make many people start to question the ethics of paying their taxes.

Let’s say you’re walking down a city street when a man pulls a gun on you. He says, “Give me your wallet!”

At that point, what is the ethical thing to do?

Well, you, of course need to consider the implications of the things that the man will do with the money he’s mugging you for? Will he use the money to purchase drugs for children? Or, will he buy a new gun? Or will he build a nuclear bomb?

You’re given the choice between two scenarios. You do as you are told or you get shot. In both scenarios, the money is going to end up in the muggers hands. Whether you choose to pay your taxes or not, the government is going to continue to get funded.

But… What About A Revolution?!? 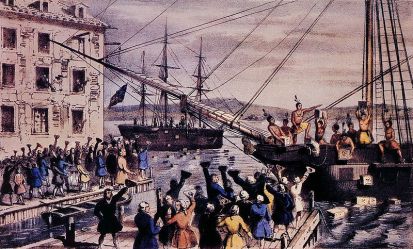 Many people have this romantic fantasy of millions of people suddenly standing up and deciding not to pay their taxes. That would shut down the United States government and no one would be imprisoned but that’s not going to happen right now. There is absolutely no reasonable reason to assume it will. Most people are clueless or supportive of their government’s actions. Your fraction of a percent worth of taxation will not cripple it.

In the long run, I believe the most powerful revolutions come from this massive societal change strategy but that doesn’t mean today is the logical or practical time to start bringing it up. Suffering for a cause before it has a practical means of being achieved is meaningless suffering.

To understand this, think about Rosa Parks. Rosa Parks was the perpetrator of a perfectly timed display of civil disobedience (no, I don’t think it was intentionally timed.) She ended up suffering but the suffering was limited severely because people were ready to stand up.

This might seem like a wonderful chance to take but there were a million Rosa Parks before her that we don’t hear about because their sacrifice meant virtually nothing to the world. Think about the slaves that stood up to their masters saying, “I will not work.” They suffered from the consequences but never ended up making a real change in the way people look at human beings. It took a completely different set of actions to make people notice.

If you don’t pay your taxes, will a population suddenly stand up to fight back against the system?

Are you the leader of a huge following that can have national implications? If no then it’s not worth doing at all.

BUT THE MONEY IS GOING TO KILL PEOPLE!

Instead of not paying taxes you are required to and risking your life, just stop making the money in the first place. Yes, go all Atlas Shrugged on them. That means you might eat a little less food but it also means you’re not going to end up in a prison. If you end up in prison your assets will be seized for not paying taxes anyway. The only way to keep the money away from them is by not making it.

Does that not work for you?

Why not try making significantly more money? Create a business that is big enough to take advantage of the most important tax breaks. Some of the biggest corporations in the world don’t owe any taxes to t 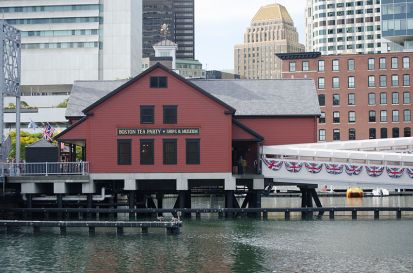 he United States government. Instead of going to jail for avoiding taxes, you’ll end up paying little to nothing while providing a service to the world.

There you go. Two more reasonable methods of avoiding your money going to bombs. I understand that I probably won’t convince everyone to throw out their fantasies but please consider these two options. As long as you get the money, the government will take it anyway.

The Reason To Pay

There is only one reason to pay your taxes.

It’s not romantic. It’s not complicated.

The reason to pay taxes is because you’re being extorted.

Government’s are threatening to use violence against you if you choose not to pay them. They will send armed men to your home to kidnap you if you refuse. If you defend yourself from kidnapping, they’ll kill you.

You’re being extorted by a very powerful force.

It doesn’t matter if it’s ethical. They’ve already broken any chance of an ethical decision being made. The ethics left the situation when they threatened you.

No, the revolution isn’t starting now. When it is starting, you will know it. Any premature jumps to revolution is nothing but a meaningless pain. It’s better for you to be ready when the time does come than to die before you can do something meaningful.

No matter what you try to do (as an individual without any serious means) the government will win. They have hundreds of millions of dollars they can use to get your extortion money. It will be seized anyway. It will still be used to kill people and expand the system.

Pay them.
Save yourself.

Do you want to know how to live your life with less government intrusion? Be sure to follow this blog (use the sidebar on the right) to stay up to date. Also, if you think this is an interesting topic then please share it wherever you can.

Be sure to check these articles out:

The One And Only Practical Means To Freedom Today
7 Ways To Profit Off The State – The Secret To Being A Happy Libertarian
Is It Time To Leave America?
Is The Libertarian Party Growing?

One thought on “Why Should I Pay Taxes?” 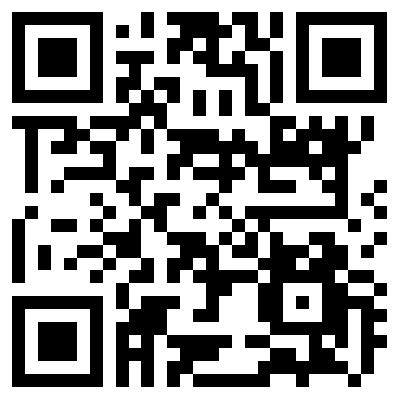