How to Hide Money From The Government

*Caution: I do not endorse illegal activity in any country or any set of laws (For legal reasons, naturally.) I am not a legal scholar. Don’t make legal decisions without a professional. Heck, no one knows the tens of thousands of laws on the IRS’s books. That means you’re pretty much screwed no matter what you do. This article is not for legal purposes. Consider it more of a scholarly piece without the obtuse intellectual verbiage. * 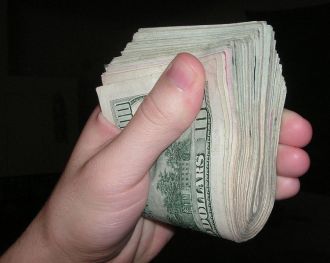 Ever since the big bank account hijacking in Cyprus, the number of American’s becoming uncomfortable with government involvement in their finances has grown immensely. It’s hard to blame them. The United States Government has created unconstitutional tax after unconstitutional tax and there is no reason to think that they might slow down now.

As long as the government knows that you have a dime untouched, they’re going to try to get their hands on it. Just recently they discussed creating a online tax for “fairness,” because, somehow, the government believes that it’s fair to take more money despite the constitutional implications.

This growth in government absurdity has led to a major growth in people doing voluntary business without the corrupt hands of government getting involved. For the most part, this isn’t as dangerous as most people think. The government only has so many resources. If you’re not avoiding millions of dollars of taxes then you’re probably reasonably safe with the millions of other avoiding it as well but you need to be careful because it can bite you.

When you’re looking to avoid paying taxes, you need to worry about a number of different factors that will be discussed throughout this article.

One of the first areas that the government can catch a tax evader is proving that an unreported income exists. This is a very complicated factor to protect yourself from. When you’re receiving income that you don’t want to be taxed, you need to structure it in a way that the government can’t reasonably detect. There are a few options:

Handshakes and Cash: Working without contracts is a great way to prevent anyone from knowing about a working arrangement but you need to make sure it’s mutual. Not all people support this form of peaceful protest. Accept that. Most people will open their mouth the first time that they’re asked the question by an IRS agent. These transactions have risks.

Cryptocurrency: This can be a great way to receive money anonymously. It’s not perfect but it can eliminate the majority of practical risk fast. It also provides deniability. Cryptocurrencies allow you to send and receive money without going through government currencies. The problem comes when you’re trying to live your life on the new currency. Exchanging it for cash would require a record or witness. The whole process also has a steep learning curve.

Holding income is a lot easier while trying to hide money from government. The government does not have the resources required to control every step you take. That means you can hide cash and assets easily when managed right. This is one of the safest parts of the process. There are millions of options that can be used to make your money untouchable and reasonably safe.

The biggest chance of you getting in trouble while holding your money is when you drop it off, pick it up, and open your mouth. Be careful during those times. To hold your money consider the following:

Hole In The Ground Options: Money can always be buried in a lunchbox. It might be smarter to use gold or precious metal’s though. One of the safest options is burying the money in a secluded and unindustrialized place that you do not own. If you own the land, the money becomes reasonably traceable.

Of course, you need to watch that land for changes. If something is getting built there, you need to know before the ground gets dug up.

Cryptocurrencies: These provide options for holding money but it can be very risky for the long term. No one can predict which currencies will be valuable 5 years from now. Physical gold is much more safe.

Don’t Hold It: This is an odd but rarely considered option. Holding onto assets can be risky when you haven’t legally paid the taxes for it (I know. Crazy, right?) Spending the money right away can make it difficult to prove you ever had it. This is particularly true for cash transactions without your name getting mentioned.

When you spend the money, you need to think hard. The more of the money you spend, the more you need to watch out. Every dollar over your claimed income that you spend needs to be considered. The IRS is not completely stupid. If you’re living like a rock star without an income, they will notice. Consider the following things when buying:

Will they find this: If you’re buying a flat screen TV, it will sit in your home and be completely visible. The stupid tax evader is a bit of a stereotype these days. The drug dealer with thousands of dollars worth of stuff on almost no income. It just doesn’t work out well when you’re found. Services without your information can’t be tracked.

Don’t Be Stupid: Common sense is the most important factor here. Don’t get BMW while legally on a fast food salary. Just think before you buy. Oh, and never show the money off too much. Don’t be tossing hundreds to the strippers. Stupidity is the number one risk.

When you’re only receiving an underground income, you need to consider not filing any taxes at all. Government forms are built to catch you. Every form you fill out can be another excuse for the government to charge you. It’s giving them more information on your information. If they can’t prove you have income but they can prove you lied, they can still get you in trouble.

What you’re doing is inherently risky. When you hide money from government you have to pick your battles. That means that you shouldn’t be too scared of the smaller charges. The bigger ones are much more dangerous.

Have you subscribed? If not then you’re missing out.

Do you want to tell government that you’re sick of them walking all over your constitutional rights? Be sure to share this article.

The One And Only Practical Means To Freedom Today

The Power of Debt Using Debt As An Advantage

How To Protect Your Money From The Government – 12 Methods

Recessions Get You Rich: How To Prepare For The American Collapse

One thought on “How to Hide Money From The Government”